Gerald Soria works at a leading call center company in Manila. He brought a pack of cigarettes every working day for the past eight years before the pandemic. It is his go-to buddy, a constant companion during his yosi breaks.

The pandemic forced his company to transition to a more favorable work-from-home set-up. Yosi breaks are no longer limited to 15-30 minutes. In fact, he lights up a stick right in front of his computer whenever he likes.

After more than two years of remote work, Gerald is preparing to return to the office this April. He expects that everything will be just like before, but completely different at the same time–including the new smoking policies he has to adhere to.

Smoking has long been a threat to public health. Even before the pandemic, smoking has been one of the leading causes of worldwide death. It contributes to the deaths of millions of people worldwide and continues to be a major killer up to this day.

According to the World Health Organization, tobacco kills more than eight million people each year. More than seven million of those deaths result from direct tobacco use. At the same time, around 1.2 million are the result of non-smokers exposed to second-hand smoke.

In the Philippines, over 16.6 million adults use tobacco or 23.8 percent of the population. Men have higher smoking rates, with 41.9 percent than women with 5.8 percent.

Meanwhile, 29.3% of students were exposed to tobacco smoke at home. Tobacco kills approximately 110,000 Filipinos per year.

The law also orders the formation of a local Smoke-Free Task Force in each city and municipality to apprehend violators.

Smoking in the pandemic

WHO says that smoking any kind of tobacco reduces lung capacity. It increases the risk of many respiratory infections and can increase the severity of respiratory diseases.

COVID-19 is an infectious disease that primarily attacks the lungs. Smoking affects lung function and weakens the body to fight coronaviruses and other respiratory diseases. Smokers are at higher risk of developing severe COVID-19 outcomes and death.

Dr. Glynna Ong-Cabrera, a pulmonologist at Lung Center of the Philippines, echoes this finding.

“Smoking increases ACE 2 receptors and increases COVID infection,” she explains. ACE2 acts as a cellular doorway – a receptor – for the virus that causes COVID-19.

Moreover, Dr. Ong-Cabrera stresses that smoking is detrimental to spreading the virus in a closed setting.

“When smoking indoors in a poorly ventilated room, the chemical in the tobacco floats in the room along with the virus exhaled by the person if he has COVID,” she explains.

She adds that second-hand smoke is another factor, “The person who enters the room may be infected and transmit it to others once he goes out.”

Moreover, Dr. Ong-Cabrera also highlights third-hand smoke or the residual nicotine and other chemicals such as nitrosamines left on indoor surfaces by tobacco smoke.

Third-hand smoke targets people exposed to these chemicals by touching contaminated surfaces or breathing in the off-gassing from these surfaces. This residue may react with common indoor pollutants and create toxic compounds. It can cause harmful effects even to non-smokers like children.

On the other hand, smoking in open spaces can alleviate potential transmission. However, there are not much data about this as of this writing. Dr. Ong-Cabrera recommends handwashing and changing clothes when going inside after smoking.

In September 2020, the Department of Health released a workplace handbook in managing and preventing COVID-19.

With inputs from medical organizations and other related agencies, they acknowledge that “smokers are likely to be more vulnerable to COVID-19 as the act of smoking means that fingers (and possibly contaminated cigarettes) are in contact with lips which increases the possibility of transmission of the virus from hand to mouth.”

They also said that smoking products such as water pipes often involve sharing mouthpieces and hoses, which could facilitate the transmission of COVID-19 in communal and social settings.

The DOH recommendation to businesses and workplaces is to maintain a smoke-free workplace.

Dr. Ong-Cabrera emphasizes that tobacco use is a social activity. It opens an opportunity for individuals to gather, which is counterintuitive to social distancing. Using water pipes or vapes also entails sharing the same pipe, which can spread viruses from person to person.

This story was produced under the ‘Nagbabagang Kuwento (Cycle 5) Covering a Smoke-Free Ph Media Fellowship’ by Probe Media Foundation Inc. (PMFI) and Campaign for Tobacco-Free Kids (CTFK). The views and opinions expressed in this piece are not necessarily those of PMFI and CTFK. 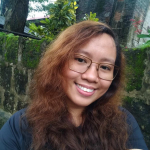 Gelyka is a writer from Rizal. She loves conversations over a cup of coffee or craft beer, baking and cooking, and discovering stories while on the road. She is currently the Managing Editor of Teal Magazine and co-founder of Teal House Media. Follow her personal blog at www.musingsandpathways.com.